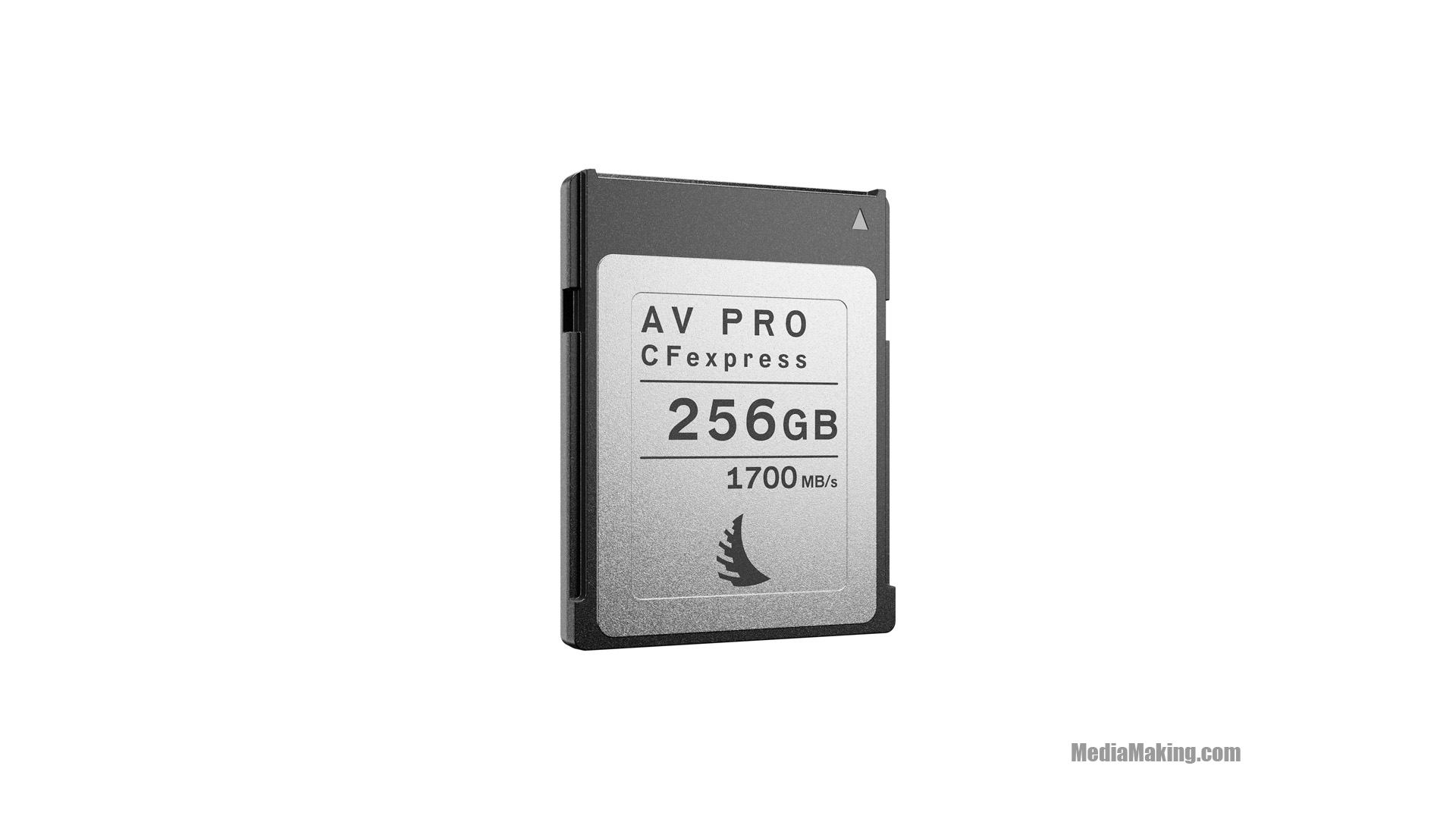 Angelbird AV Pro CFexpress 2.0 memory card 256 GB
The Angelbird AV Pro CFexpress 2.0 memory card 256 GB is designed to delivery reliable, sustained performance that can optimize raw and burst photography, as well as Full HD and raw 4K, 6K, 8K, and 12K video. It offers protection from overheating, operates with a reduced power draw, and helps to ensure high bitrate captures. The Angelbird AV Pro CFexpress memory card 256 GB uses the PCIe 3.0 x2 bus to deliver maximum read speeds of 1700 MB/s, maximum write speeds of 1500 MB/s, sustained read speeds of 1000 MB/s, and sustained write speeds of 550 MB/s. Compatible with devices that support CFexpress 2.0 Type B, such as the Canon EOS-1D X Mark III, EOS C500 Mark II, EOS C300 Mark III, and EOS R5, Nikon Z7, Z6, and D6, and Panasonic LUMIX DC-S1 and DC-S1R, Angelbird’s AV Pro CFexpress 2.0 series has been engineered with protection against shock, dust, water, temperature extremes, and x-rays, and has an MTBF (Mean Time Between Failures) rating of 2.4 million hours.
Specifications
Vedi anche:
Utilizziamo i cookie per assicurarti la migliore esperienza sul nostro sito Web. Se continui a utilizzare questo sito, assumeremo che tu sei d'accordo.
We use cookies to ensure that we give you the best experience on our website. If you continue to use this site we will assume that you are happy with it.
OK Privacy Policy

Any cookies that may not be particularly necessary for the website to function and is used specifically to collect user personal data via analytics, ads, other embedded contents are termed as non-necessary cookies. It is mandatory to procure user consent prior to running these cookies on your website.